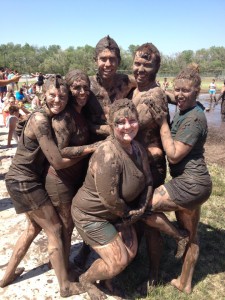 MudSlam this year was originally planned for Sunday, the 13th of April. However, the weather predicted for this day was not very good. It was very cold this day, so MudSlam was canceled. Ironically, Kansas decided to bless us with some snow later that night. Our next try for MudSlam was Sunday, April 11th. As we got closer to the date, there were many nervous students because there was a high prediction of rain for that day. Thankfully, the weather was not too bad when the day arrived! It was quite windy, but very warm out. This was the first year of playing MudSlam that I did not shiver on the sidelines while not playing. However, it was very hard when playing on the north court because there was a very strong wind coming from the South. My team had many passes that came right back in our faces, and it was very difficult trying to serve against the wind. However, it was very funny to watch people try to serve into the wind. 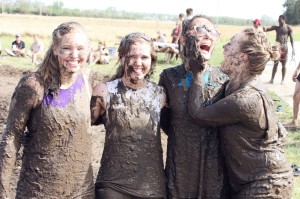 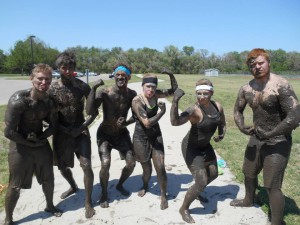 The “Blockbusters” ended up winning the whole tournament. Thanks to everyone who helped make it possible! 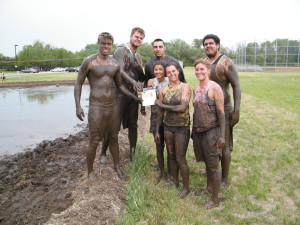